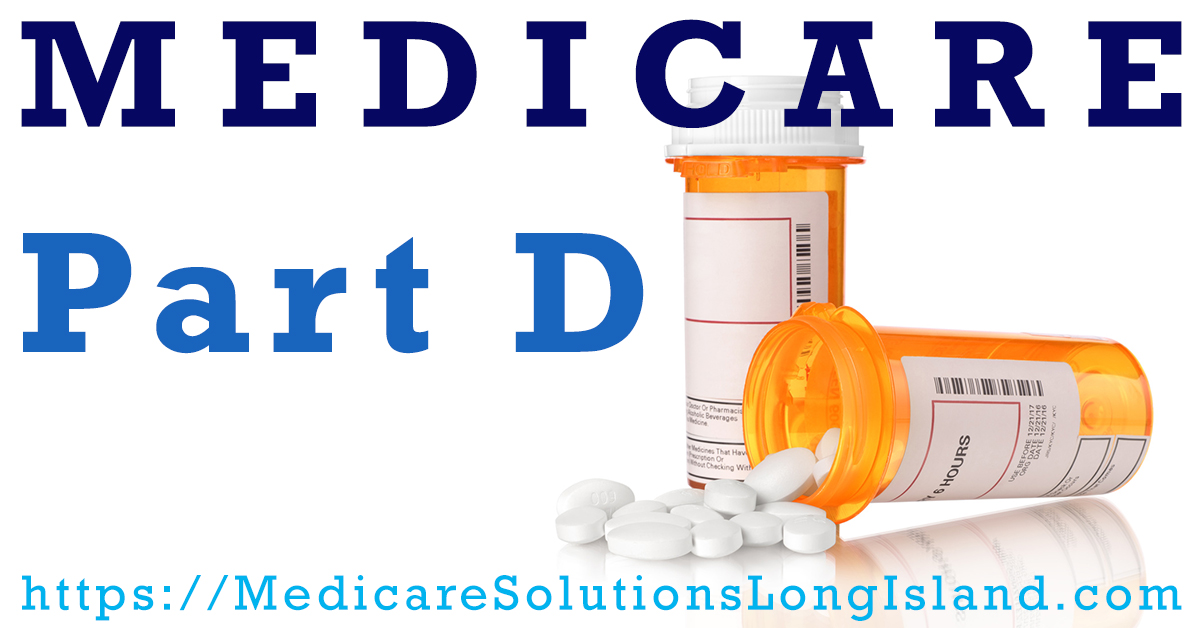 What is covered under Medicare Part D?

Medicare Part D covers the drugs you take on your own, that is, outside of the doctor’s office.

Part D does not cover over the counter medications or prescription vitamins.

Who can get a Part D Plan?

What does a Part D plan cost?

Part D enrollees pay both a premium and co-pays for their prescription drugs.

The total premium for Part D varies between plans and changes each calendar year. Part D premiums have averaged around $30 per month per individual since 2009.

Your premiums may also be influenced by when you sign up. If you are not covered by drug coverage considered as good as Medicare and fail to sign up for Part D when you become eligible for Medicare, your premiums may be higher.

Co-pays vary by plan and prescription. When selecting a plan, you need to understand how each of your currently prescribed drugs fits into the plan’s coverage to determine your out of pocket drug costs.

What is the doughnut hole?

Part D plans have an annual deductible, which must be met before coverage begins. During this time, individuals pay a price negotiated by their plan with the drug manufacturer.

What is the Open Enrollment Period?

The open enrollment period is the time of year that you may elect to change your Part D plan.

When is the Open Enrollment Period?

What is a Part D formulary?

A formulary is the specific set of drugs covered by each Part D plan. No Part D plan covers all prescription drugs. Certain drugs are excluded from Medicare by law.

You should review the formularies of the Part D plans you are considering ensuring that your prescriptions, or a doctor-approved alternative, are included in the formulary. In some instances, you may apply for an exception for your plan to cover a needed drug that is not in your plan’s formulary.